Add 2 Games to cart and discount will be seen at checkout. UPDATE it says Save 50% each on Qualifying Items offered by Amazon.com when you purchase 2 or more. Here’s how (restrictions apply)

Games must be sold by Amazon.com 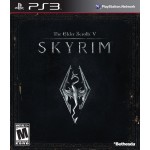 The Elder Scrolls V: Skyrim :
The Elder Scrolls V: Skyrim is the next installment in the award-winning Elder Scrolls series. Skyrim is the follow up to the 2006 Game of the Year, The Elder Scrolls IV: Oblivion and the next game from Bethesda Game Studios, creators of the 2008 Game of the Year, Fallout 3. The Empire of Tamriel is on the edge. The High King of Skyrim has been murdered. Alliances form as claims to the throne are made. In the midst of this conflict, a far more dangerous, ancient evil is awakened. Dragons, long lost to the passages of the Elder Scrolls, have returned to Tamriel. The future of Skyrim, even the Empire itself, hangs in the balance as they wait for the prophesized Dragonborn to come; a hero born with the power of The Voice, and the only one who can stand amongst the dragons. Skyrim (Xbox 360, PS3 & PC) – $59.99 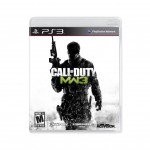 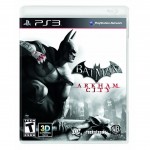 Batman Arkham City:
Batman Arkham City is third-person Action-Adventure game that delivers an authentic Dark Knight experience rooted in an original and engrossing story as well as a combination of melee combat, stealth, investigative and speed-based challenge gameplay. A sequel to 2009’s Batman: Arkham Asylum, Arkham City features the full range of classic enemies seen in the previous game, in addition to Catwoman, who is a playable character and has her own storyline in the new release. Additional features include: a range of new gadgets, an increased number of possible melee opponents and a range of movement options for Batman that include leaping, sliding, gliding and the grapple hook. Batman Arkham City (Xbox 360 & PS3) – $54.96 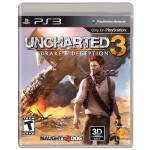 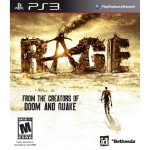 Rage (Xbox 360 & PS3)
Rage is a groundbreaking first-person shooter set in the not-too-distant future after an asteroid impacts Earth, leaving a ravaged world behind. You emerge into this vast wasteland to discover humanity working to rebuild itself against such forces as bandit gangs, mutants, and the Authority – an oppressive government regime that has a special interest in you in particular. Featuring intense first-person shooter action, breakneck vehicle combat, an expansive world to explore and jaw-dropping graphics powered by id’s revolutionary id Tech® 5 technology, RAGE promises an experience like no other. Rage (Xbox 360 & PS3) – $51.99

Add any of the 2 Games above to cart and discount will be seen at final checkout.